Medium: Acrylic, preparation of 130 gallons of gesso over the brick wall.


In 1984, was commissioned to design and execute the official Olympic Mural for the 1984 Olympics for the City of Los Angeles. The Committee wanted to name it, “Expo Park Welcomes the World”; however, I suggested a name that was more relative to the City, which was, “Bienvenidos a la Ciudad de Nuestra Senora, La Reina de Los Angeles de Porciuncula”. They said that is a long title; to which I responded, “That is a big mural!

Initial drawing of my concept for the 1984 Olympic Mural sketched by Robert Arenivar, while I was typing up the proposal that needed to be ready for the press conference the following day near the Coliseum.

The mural measures 100 ft wide by 45 ft high. I had 28 days to accomplish this project. We worked from sunrise to sunset and completed the project on time. 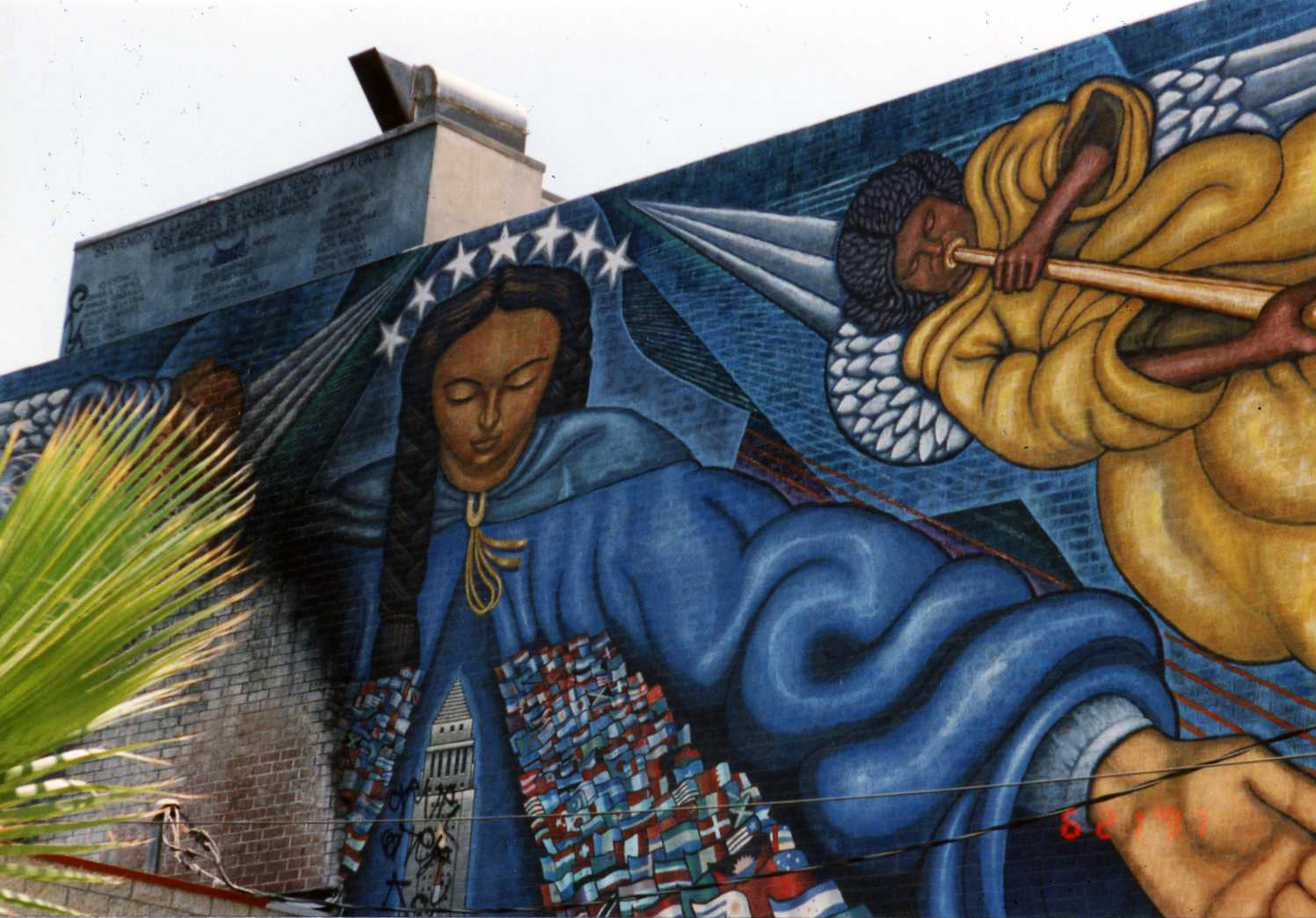 This picture of the mural was taken in 2015 and shows the damage from the Los Angeles riots from a fire in an adjacent building and graffiti.

This picture shows the Olympic mural in process. 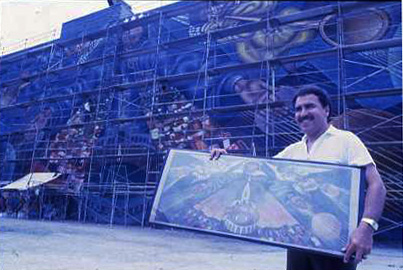 Here, I am in front of the unfinished mural, holding the original drawing that I presented to the Olympic Committee for their final approval. I designed the concept in front of the Committee. I brought the sketch to Robert Arenivar to help with the drawing to my specifications while I typed up the contract for the next day's press conference in the midst of City officials, Olympic Committee officials, and Supervisor Kenneth Hahn and others. 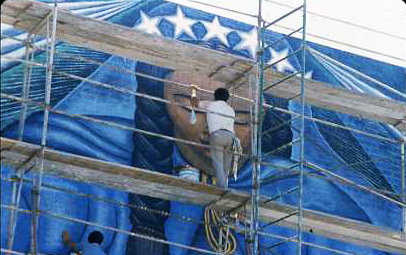 Here, I am painting the face of the Virgen de Guadalupe. Seeking a model for the face of the Virgen took a while because I couldn't find one that I really liked. One day, my wife and I decided to have breakfast out and she pointed out our waitress' face...that was it! Fortunately, the young lady agreed to allow me to photograph her and use her image.