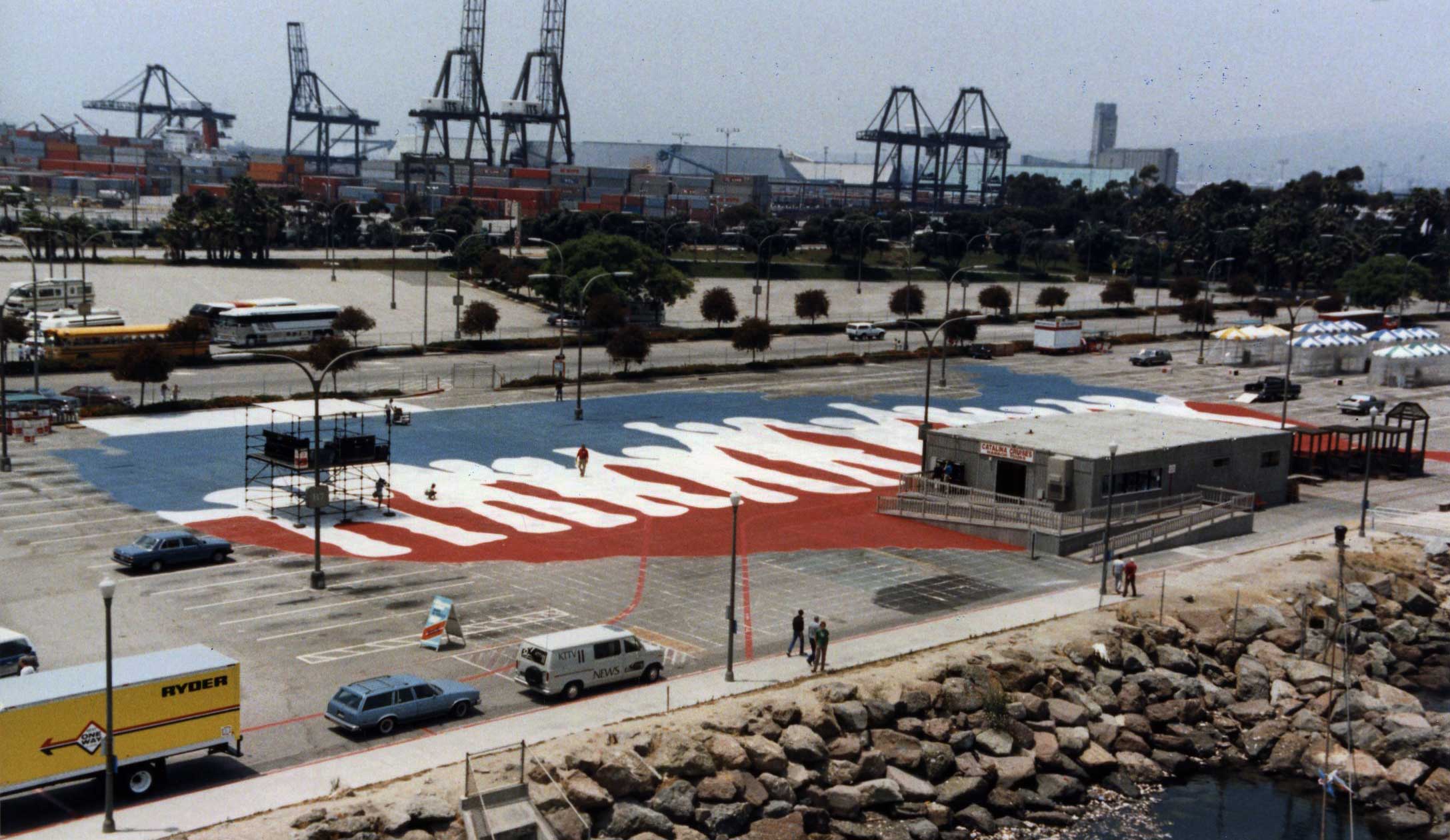 
Hands Across America was a national endeavor to stop hunger in America May 25, 1986 in which approx. 6.5 million people held hands in a human chain for 15 minutes along a path across the contiguous United States.

Hands Across America project required over 60,000 square feet of creative painting that had to be completed in seven days and our team completed the entire project which included the large map of the US with figures holding hands from the West coast to the East coast, the stage backdrop, the Coca Cola logo for the roof of the Queen Mary ticket agency and the last mile mural, on time. The Hands Across America project was almost a 24/7 project for we had to paint the map of the United States with people holding hands from California to New York that had to accommodate 10,000 people. This picture, above, shows my son in the foreground, Manuel Gonzalez, painting the Coca Cola logo on canvas that was going to be placed over the Queen Mary ticket agency building. Background for Hands Across America event. This was the scene at night while painting the map of the United States that was to allow 10,000 people standing holding a balloon corresponding to the color each was standing on for Hands Across America.

Painting the large map was in itself an accomplishment considering the size of what we had to paint in just seven days. Looking at this gives a slight idea of the amount of painting we had to do to complete the entire 60,000 square foot area. 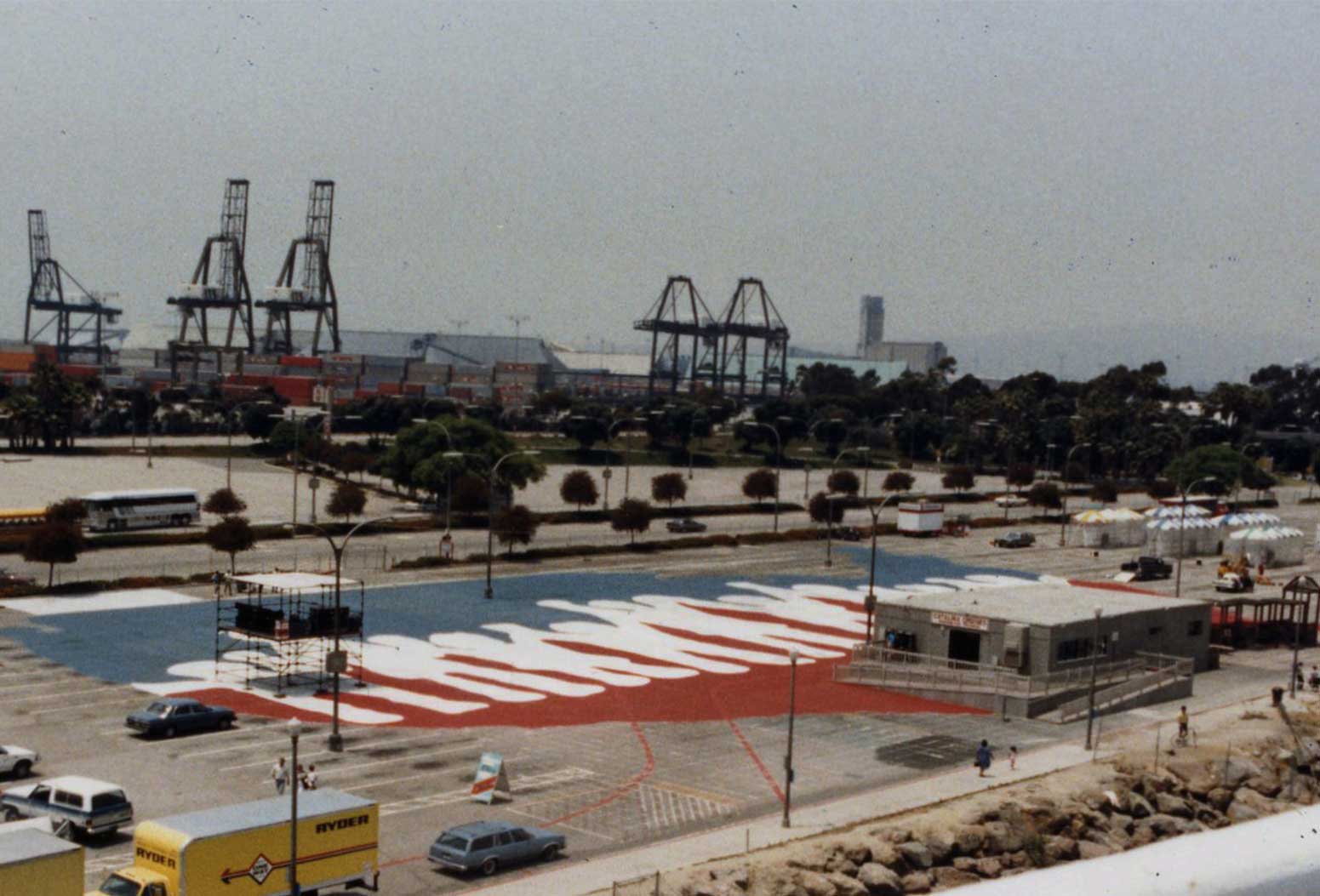 This mural for Hands Across America, over 60,000 square feet, was painted onto the parking lot of the Queen Mary. In the foreground is the ticket agency building on which the Coca Cola logo was painted and installed onto its roof. 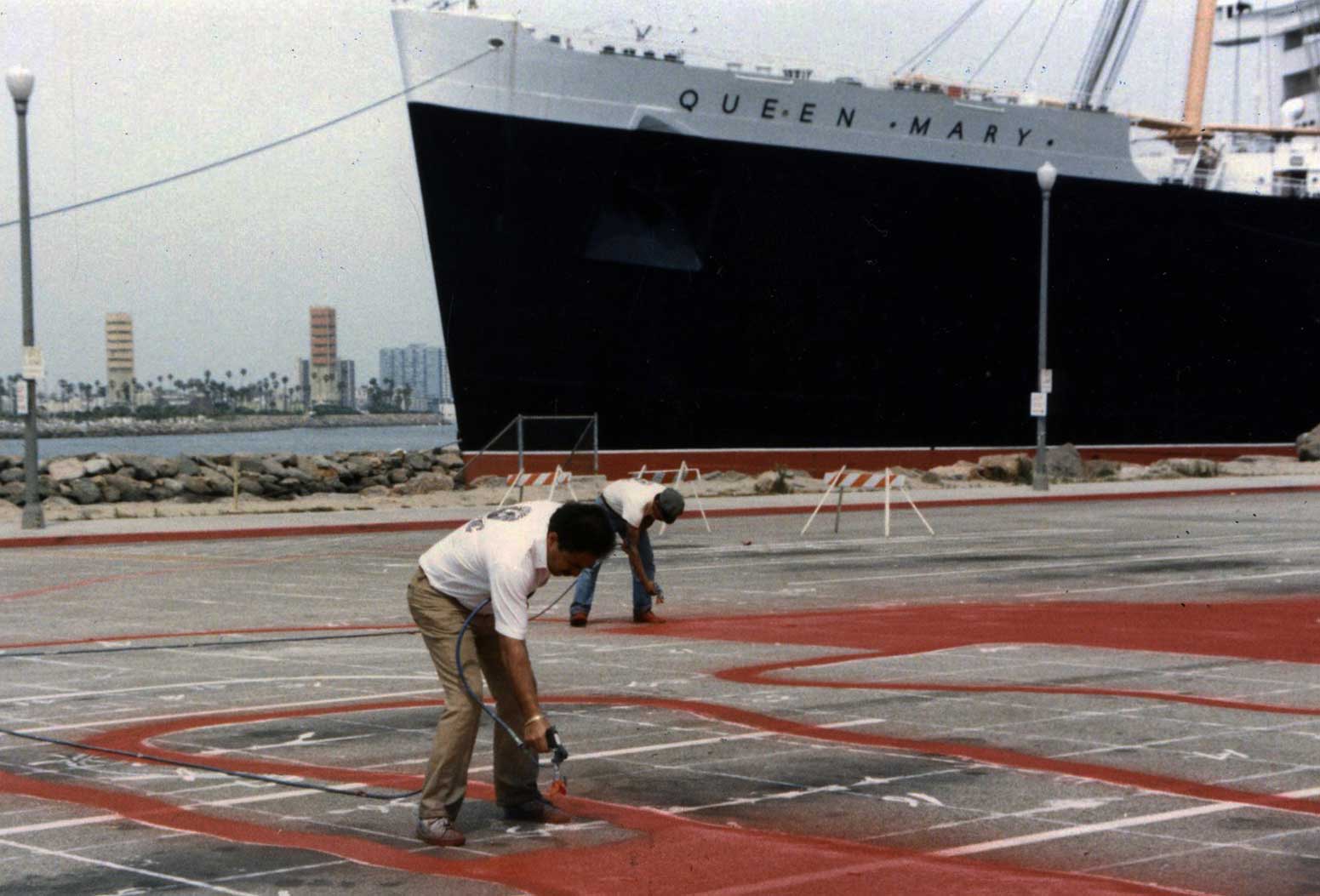 Joe Gonzalez in the foreground painting the mural for the Hands Across America onto the floor of the Queen Mary parking lot. 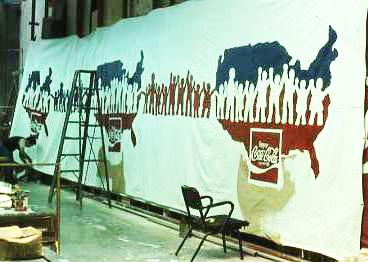