This mural titled "The Future of Innocence", was commissioned by the Smithsonian Institute for the American Folklife Festival. The project was directed by Jose L. Gonzalez, designed by Eddie Martinez, and assisted by Juan D. Gonzalez, Jacob Winstead Gutierrez, Robert Arenivar and David Botello.
The mural was designed and begun at GOEZ ART STUDIO in East Los Angeles, then taken to Washington D.C where it was completed on site, in the middle of the Washington Monument and the Lincoln Memorial, then it toured to 29 states for exhibition, after the tour it was returned to GOEZ 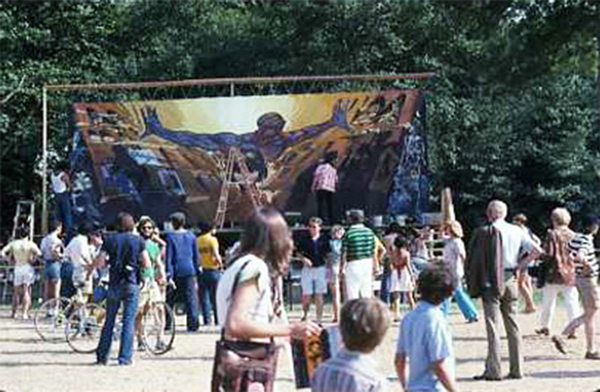 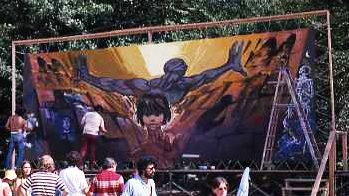